Michelange Quay is a writer director of American nationality and Haitian origin, He directed several shorts in Haiti, among which The Gospel of the Creole Pig, which premiered in Official Competition at Cannes 2004, and won Best Short film prizes at Milan, Sao Paolo, Stockholm, Rio de Janeiro, and the Golden Leopard at Locarno Film Festival. His first feature, Eat, For This Is My Body, was selected in many festivals including Sundance, Toronto, New Director/New Films, Seattle, Rotterdam and was awarded at Miami Film festival.

2004 : The Evangile of the creole pig (L’Evangile du cochon créole) 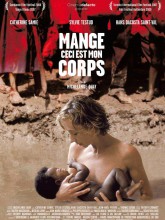