She directed two short films during her time there: Numb and Crow Stone, both of which were screened at numerous international festivals.

In 2002, Alicia made the short film The Most Beautiful Man in the World, which was BAFTA nominated and in the Official Selection at Cannes 2003.

All Good Children is her first feature film 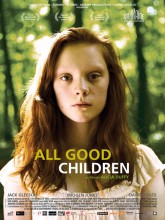