Ágnes Kocsis was born in Budapest in 1971. She majored at Eötvös Lóránd University in Polish Language and Literature, Aesthetics, and Film Theory, then received a degree in Film Direction from the University of Theater and Film in Budapest. Her three short films have been screened at numerous festivals; A vírus (The Virus) shared third prize at the 59th Cannes Film Festival in the Cinéfondation section. Her first feature film Friss levegő (Fresh Air) was screened at the same edition of the Cannes Film Festival in Critics’ Week, and was among the 4 films nominated for the Discovery Award of the European Film Academy in 2006. Fresh Air has played at more than 80 international film festivals to date, winning 14 prizes. Pál Adrienn (Adrienn Pál), produced in coproduction with Cinema Defacto, is her second feature film. 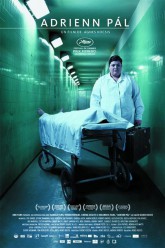